Thinking about travelling to the United Kingdom? Due to the ongoing COVID-19 pandemic the rules for entering the UK (and what to do once you arrive) are changing on a regular basis. On top of this there are sometimes differing rules depending on which country within the UK you are visiting, such as Scotland, Wales, and Northern Ireland have the ability to control their own public health policy.

The latest update was released on Wednesday, January 5th, 2022. Let’s take a look at what the current travel rules are for the United Kingdom.

The fully vaccinated rules also apply to unvaccinated individuals that are under 18, have taken part in approved clinical trials, or are unable to have a vaccine for medical reasons (and are normally residents in the UK).

If you are fully vaccinated you no longer have to take a test within 2 days of arrival for travel to any part of the United Kingdom. This rule was scrapped on Friday, January 7th, 2022 ,however it may change again in future depending on the situation internationally.

You also need to fill out a passenger locator form before you arrive. In the form you will have to declare your vaccination status, include details of your lateral flow test booking upon arrival, and information about where you are staying in the UK.

Normally airlines will ask for proof of vaccination before you board – either through the check-in process or at the airport. If you cannot provide this, you will have to follow the rules for unvaccinated travellers – or may be denied boarding entirely. This information is then sent to UK Border Control prior to your arrival. Not all proof of vaccination is accepted (though most are) so double check this in advance.

What if I’m unvaccinated?

If you are not fully vaccinated you will have to take a Covid test within 2 days before you arrive in the UK. If the result is positive you will be denied boarding and must follow local restrictions and rebook travel if necessary.

Upon arrival you will have to book two PCR tests. You will take the first test within your first 2 days, and the second test on your 8th day in the UK. It is mandatory to self-isolate for at least 10 days – or until you receive the result of your day 8 test. If your day 8 test comes back positive you will have to isolate for a further 10 days from the date you took the test.

Officially the red list still exists, but there are no countries on it. Whilst the government has no plans to add any countries to the red list this can change at the last minute. Always double check the current restrictions for your country before you depart – especially if there are local outbreaks.

If you do find yourself travelling from a red list country, in the future you will have to take a test within two days before departure and stay at a quarantine hotel upon arrival. You will be tested on day two and eight as part of the quarantine package.

How do the rules differ across the UK?

Officially, the governments of Scotland, Wales, and Northern Ireland have the ability to set their own travel rules as it falls under public health. Currently they have (mostly) adopted the same rules as the rest of the UK, but this can also change at any moment. The Welsh government usually confirms whether they are following UK government rules on the same day as the update, whilst the Scottish and Northern Irish governments are usually at the end of the same week.

The only major difference at the moment is with regard to unvaccinated travellers. In England, unvaccinated travellers can leave quarantine early if they pay for an additional day 5 test under the Test to Release scheme. You will still have to take a day 8 test, but can leave quarantine earlier if the day 5 result is negative. This does not apply to Scotland, Wales, or Northern Ireland.

If there is a return to the red list there will also be some differing rules for children. Children aged 12-17 will need to take a pre-travel test, however those younger than 12 are exempt. Those aged 5-17 will need to stay in a quarantine hotel – however children younger than 5 won’t have to (though they can stay in the facility if both parents/guardians are quarantining). In Scotland, Wales, and Northern Ireland all children follow the same rules as adults if arriving from a red list country.

It’s also worth keeping in mind that rules differ between Northern Ireland and the Republic of Ireland – however this is not enforced. There is a soft border between the two countries and people travelling between them are not subject to checks. That being said, both administrations ask that you follow local guidelines as a courtesy.

Are there any local restrictions?

All four countries remain mostly open, however there are a few rules to be mindful of whilst you are in the United Kingdom.

In all four countries it is a requirement to wear a face mask in most public settings – such as retail, transport, and venues. In England, this is not required in hospitality settings (bars, restaurants and cafes), however it is required in Scotland, Wales, and Northern Ireland.

People are being asked to work from home if they can in all four nations. If you are a Digital Nomad travelling to the UK for business purposes you should check with whoever you are doing business with that face-to-face contact is still necessary.

Individuals are asked to take a lateral flow test twice a week in England, and every time they plan to attend an indoor setting with multiple people in Scotland, Wales, and Northern Ireland. If this is positive you must self-isolate for seven days in England, and 10 days in the rest of the UK. In Scotland, Wales and Northern Ireland those who no longer display symptoms can take a further lateral flow test on day 7 – and if this is negative can leave isolation.

When is the next update?

Travel guidance is usually updated every three weeks – so around the 26th January. In exceptional circumstances it may be updated earlier. Devolved administrations usually confirm if they plan to follow the same rules as the UK government within the same week. 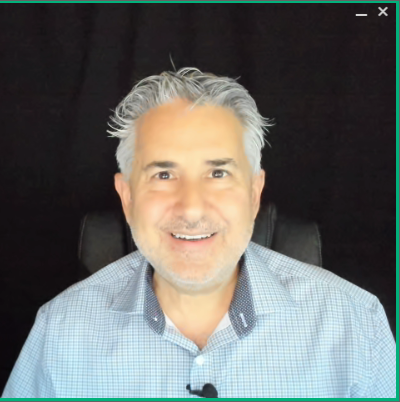 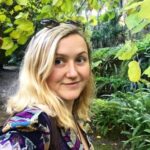 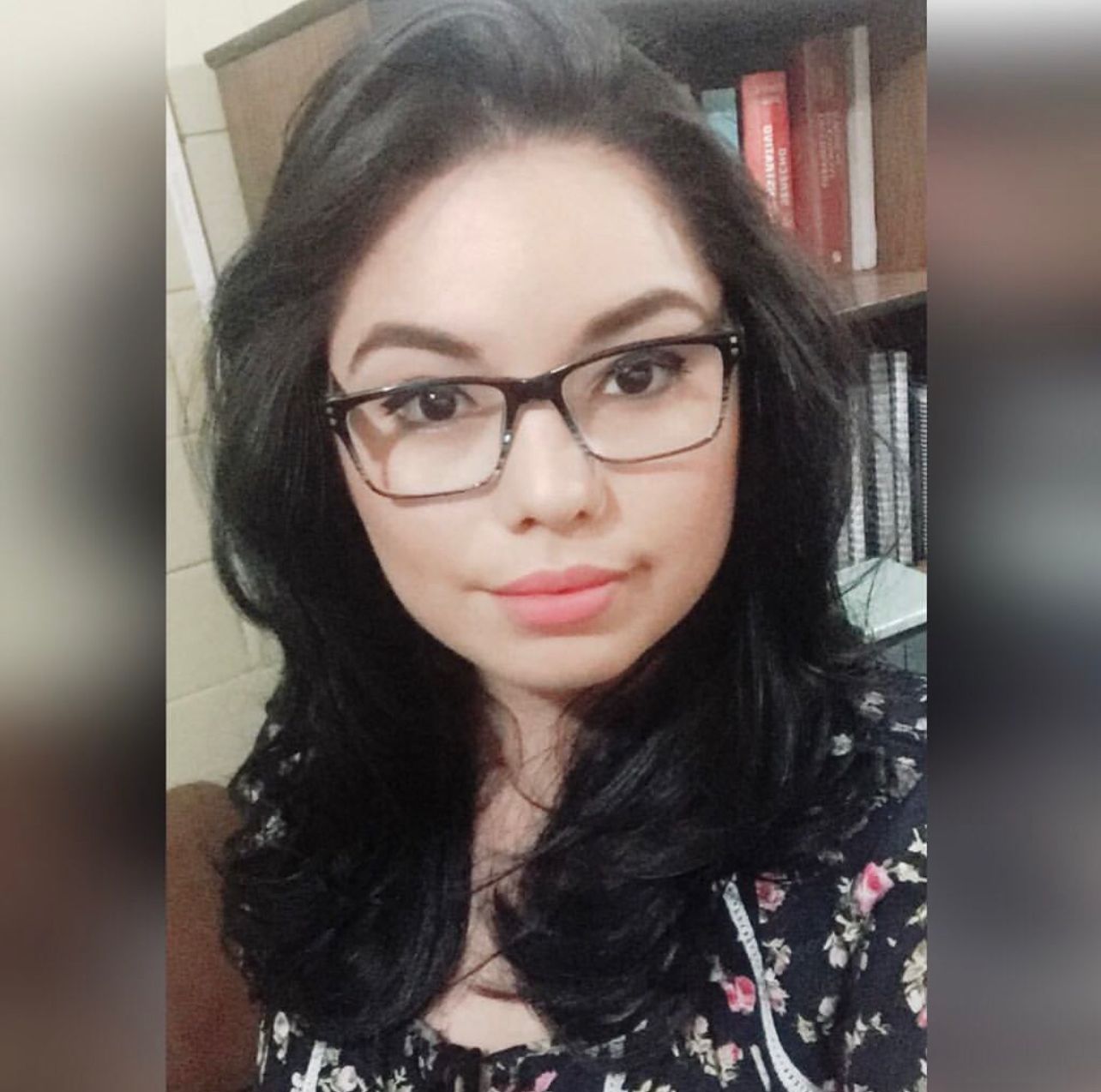 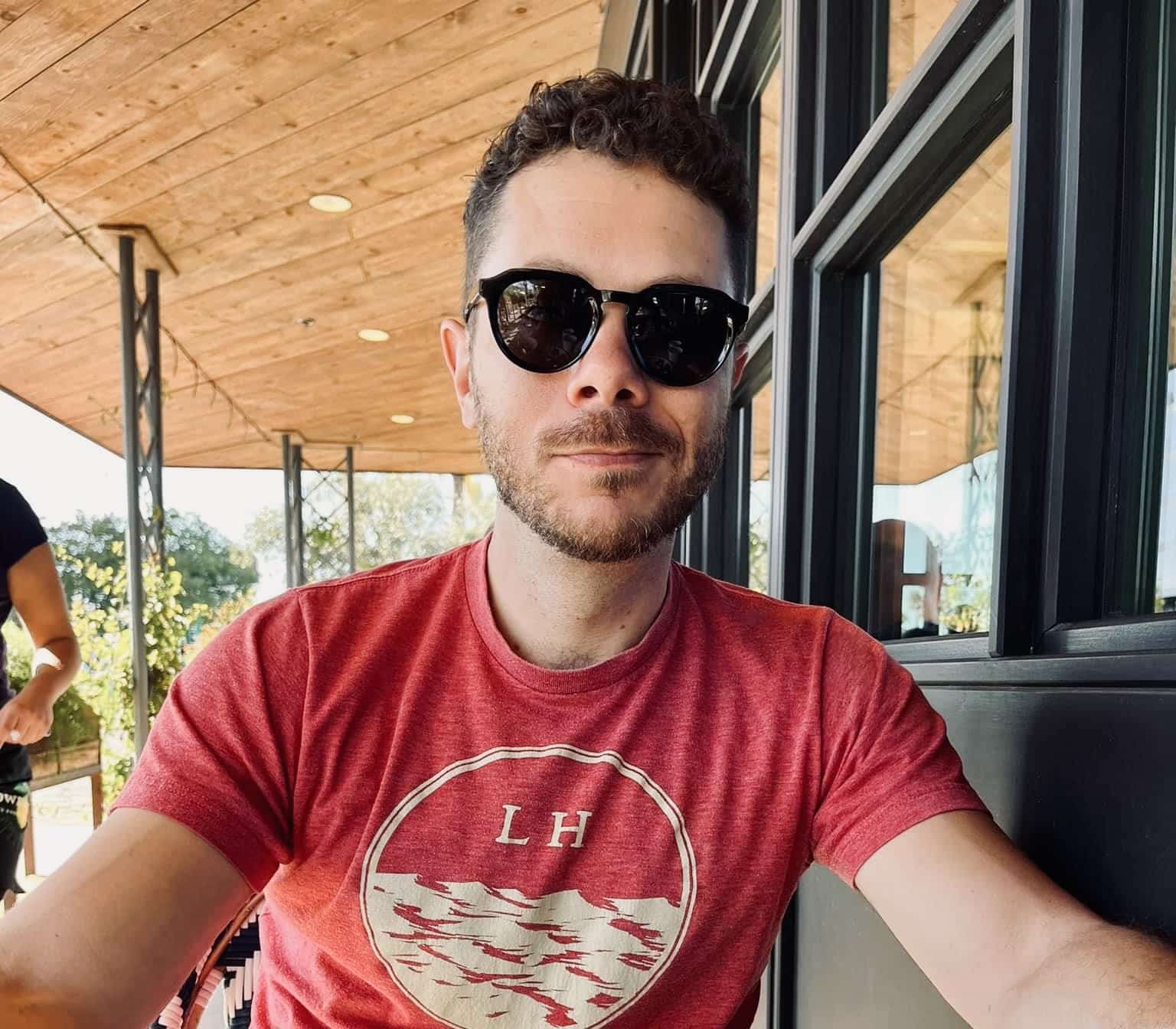 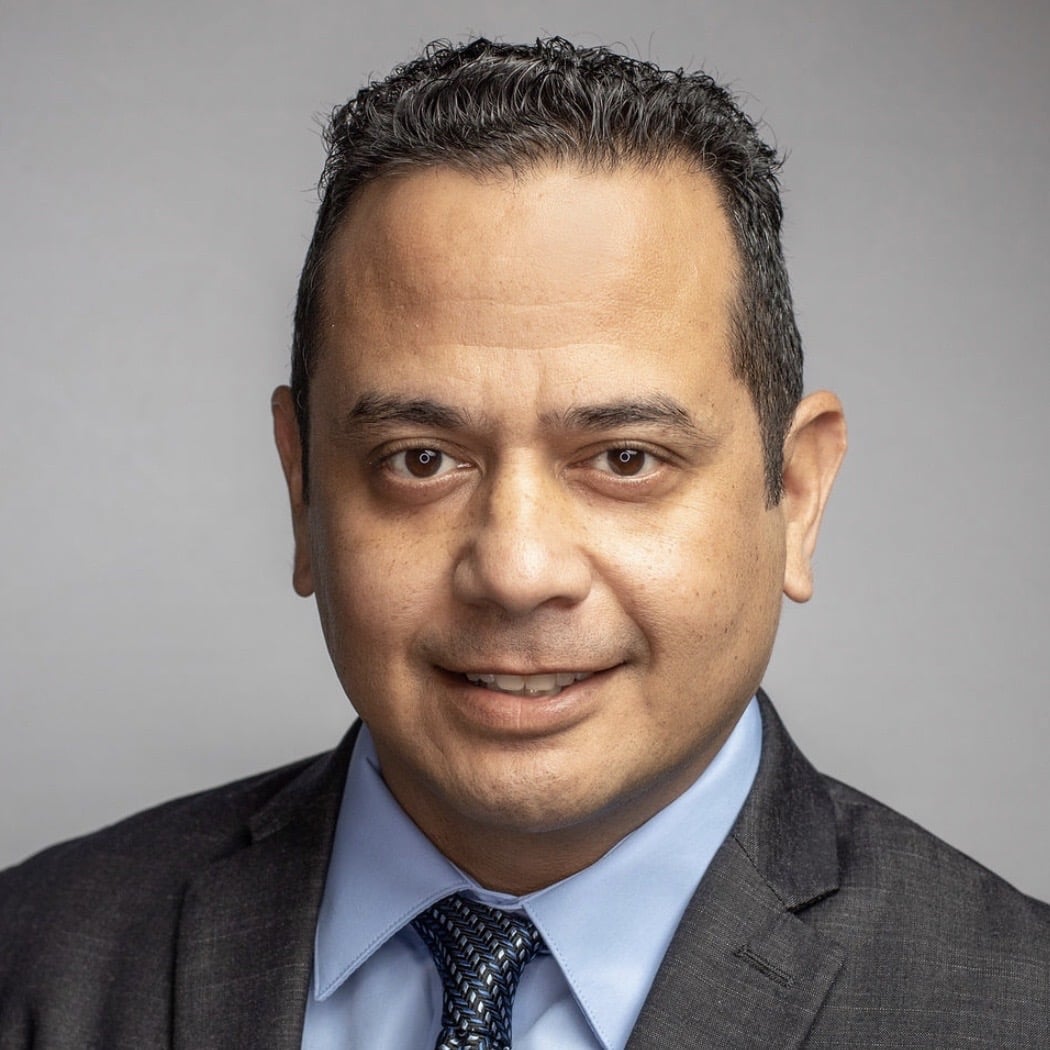 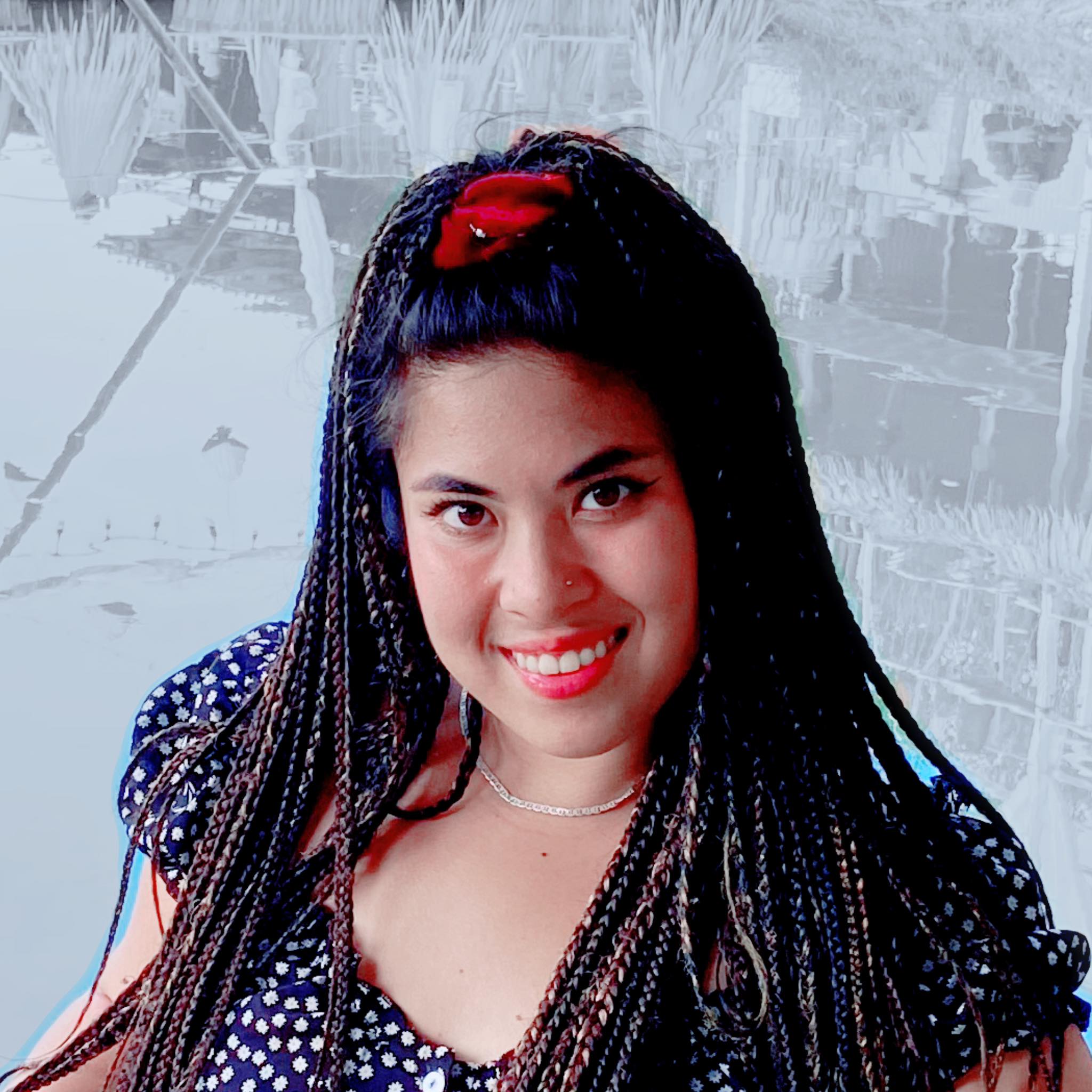 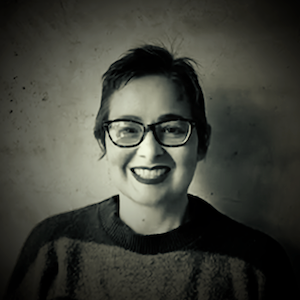 Becca posted an update an hour ago

Ana posted an update in the group

Becca posted an update 3 days ago · updated a day ago

Snow posted an update a day ago

Travel insurance isn’t the most exciting expense but it’s absolutely necessary. We don’t want to sound too dramatic but for those traveling on a budget, it can literally mean life or death. Medical costs, stolen gadgets and flight cancellations will ruin your trip if you aren’t covered. Think about your specific travel needs by all means – but at least get the basics covered.

Want to travel the world, but not sure how to finance your adventures? Thankfully there are now more jobs than ever that allow you to travel. Whether you want to work remotely – or simply want a career where travel is part of the package – the world of working abroad is expanding with more and more options opening up every day.

Health insurance for Digital Nomads is something that many people overlook – but you don’t want to find yourself without one. Medical costs, emergency flights and cancellations can all hit your bank account hard when you’re travelling. Ultimately, it’s better to spend a little on something you might not need than spend a lot further down the line because you don’t have coverage.

Thinking about getting a new travel bag? Maybe this is your first major trip and you don’t know where to start? This is an essential item for any traveller and it’s important you get it right. After all, you’ll be carrying your entire life around with you in this bag for your trip.

When you are longing for a holiday, sometimes booking flights takes all the excitement out of the process. As if picking a destination wasn’t hard enough, you’ve then got to trawl through innumerable websites looking for the best flight to suit your needs.