What is Angular Framework?

Angular is a web development framework that allows developers to build websites using JavaScript. It also allows you the ability to extend HTML commands so you can use them for dynamic data. Launched in 2016, Angular replaced the already popular AngularJS with some major updates and a complete rebrand.

AngularJS was once the golden child of web development, and it was impossible to have a career in the industry without knowledge of the framework. It started to falter slightly with the release of more dynamic applications, so the creators eventually released Angular. This incredible piece of software massively upgraded the capabilities of the framework.

What really makes Angular stand out from Angular JS is its functionality across multiple devices. You can now create mobile apps and also view your web creations on a dedicated mobile app. This makes it a fantastic tool for web development on the go, as well as converting existing websites into easy-to-use applications.

You don’t need Angular Software to work in web development these days, but you can really enhance your earnings by learning how to use it. While it may be one of the more complicated tools in the space, it is invaluable for anyone that wants to include dynamic content or build responsive web apps.

The framework has only gone from strength to strength since launch, with regular updates and a thriving online community. You’ll need a solid understanding of web development to be able to use it, but thankfully there is a wealth of resources available to get you started.

How is Angular used in development?

Angular is used in web development and also occasionally in the development of mobile applications. The dynamic interface lets you very quickly build dynamic websites with huge functionality. Whilst it’s easier to work directly with JavaScript for small websites, the increasing need for functional, high-performance websites has made Angular a fantastic alternative.

Angular is open source software and was originally designed by Google. This means it works well with other Google applications. Angular might be used mostly by web developers, but you’ll find that many marketing and SEO professionals have knowledge of the framework. This allows all members of the team to have a solid understanding of how the company’s website works.

Both Enterprise Web Apps and Progressive Web Apps can be designed using Angular. These applications operate alongside websites, or the browsers from which they are views, to enhance user experience. They’re a little bit different from mobile apps, but they operate in much the same way. You can use the Angular framework to develop websites that change depending on the user.

Speaking of mobile apps, however, there’s also some great functionality from Angular in this regard. It comes with its own mobile app, meaning you can develop on the go using your smartphone or tablet. You can also build mobile apps using the framework with relative ease. Its functionality across apps and websites means you can develop the latter using the former as a template, creating a single product across all platforms.

How to become an Angular software developer?

Regardless of your level of experience, learning how to use Angular will take a few steps. If you haven’t already, you’ll need to learn HTML and JavaScript. HTML is the language used by huge chunks of the software, whilst JavaScript is the main output. It’s impossible to work effectively with Angular without knowing both of these.

Beyond just learning the most important languages, you’ll also need a solid understanding of the development ecosystem. Get used to working with Node, Git and RxJS. Don’t know what any of that means? Most beginner development courses will run through these pretty early on, so don’t worry, but definitely double check that they are included.

If you’re already pretty experienced in everything mentioned above, you can get started with learning Angular. It’s free to download and comes with heaps of resources to make learning a little bit easier. Angular is notoriously complex, so take it one step at a time and look at trying out a structured online course to get you through the basics. After that, you can then look into specialising in a certain area depending on your career goals.

The best-placed people to learn Angular software are full stack web developers. You already know a lot of the syntax and website processes to get you started, so it really is just a case of learning how to use the framework. The learning curve is steep, but once you’ve reached the top, you’ll find web development to be a much easier task overall. It’ll also open up your opportunities in app development.

Web development doesn’t actually require knowledge of Angular, but your prospects will be enhanced by learning how to do it. This is because it really expands your capabilities with web development, especially if you’re looking at high-performance, dynamic websites. If you’re already a full-stack developer, growing your skillset to include Angular can open up even more opportunities for you.

It’s also a great choice for app developers. It is used mostly for web apps, so if you work in this sphere you will be able to upgrade websites and browsers to better suit their users. Apps like Honey and some AdBlockers were built using Angular and are among the most popular for internet users.

To a lesser extent, you will also require some knowledge of Angular when working in mobile app development. It isn’t the main framework used in this kind of development so you’ll need to learn others, but it can help you make quick apps out of existing websites. Any website or web app built using Angular can be converted into a mobile app, helping to save time for you and your client.

Some digital noamd jobs outside of development will also benefit from a basic knowledge of Angular. Web apps are integral to user experience, so UX/UI designers can perform their work even better by understanding the work of Angular developers. Marketing teams can also use Angular to understand Search Engine Optimisation a little better. Many SEO issues for websites using Angular stem from the framework itself. Knowing how to offset these will help you with any troubleshooting in the future.

Angular salaries are around the centre point of developer salaries. An entry level Angular developer is set to enjoy a salary of around $50k making it one of the better options for those just getting into the industry. This is likely reflective of how much work it requires to learn the framework and implement it into your practice.

That being said, Angular is easy to use once you’ve gone through the basics, and this is reflected in the slower growth of salaries. The average, mid-weight salary is $72k, rising up to $90k for more experienced users. It’s only been around since 2016, so there might be some room for these salaries to grow further, but there’s definitely a ceiling compared to other types of development.

For that reason, we recommend learning Angular development as more of a supplementary skill. You’ll already know JavaScript if you’re working with Angular, and this can command a higher salary. Knowing both of them together, however, can see you break $100k and easily reach towards $150k with heaps of experience.

This is, of course, for regular salaried positions. So what are the incomes for freelancers? This depends, but before tax you could be looking at anything from $60k to $150k, especially if you know other languages. This is with a steady stream of clients, but if you’re a fast worker, your earning opportunities are pretty much endless.

How common is using Angular amongst digital nomads?

Angular isn’t that popular among digital nomads simply because it is quite difficult to learn. Many remote workers are looking for ways to increase their income without spending too much time retraining, but we think this is short sighted. JavaScript is a hugely popular skill among digital nomads, so the competition is large.

If you want to avoid this competition, it’s important you expand your toolkit so you stand out from the rest of the crowd. Learning Angular will give you a competitive edge over other candidates. Even if the company only requires you to know JavaScript for one job, they will prefer a freelance candidate that can come back and help them on other jobs further on down the line. Make them aware that you know how to use Angular, and this will really increases your chances of getting the work.

Angular is a fantastic tool for dynamic web development and basic mobile app development. It comes with a steep learning curve, but if you have the time to learn it you can really enhance your earnings. With an extensive online community, it’s possible to learn how to use the framework from anywhere in the world. This makes it a great opportunity for digital nomads to fill a gap in the market. 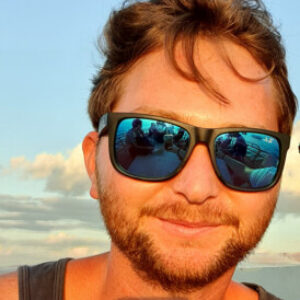 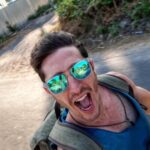 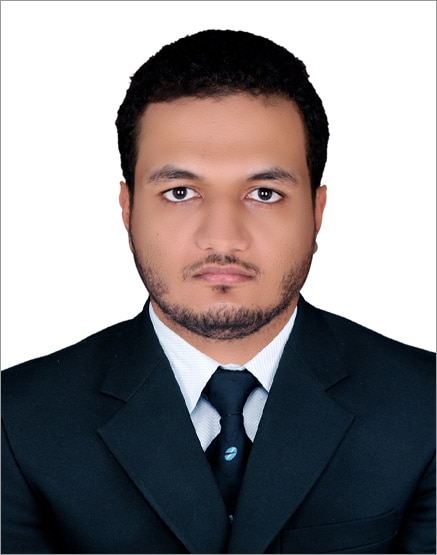 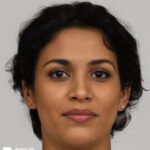 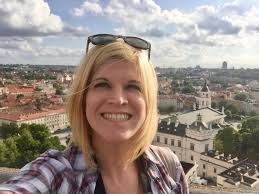 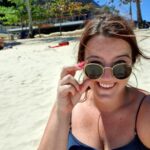 Out of Shell Group Organiser

Becca posted an update 5 hours ago · updated 2 hours ago

React is the hottest new tool for web developers and it is here to stay. It drastically enhances the performance of web interfaces, creating a better experience both for users and developers.